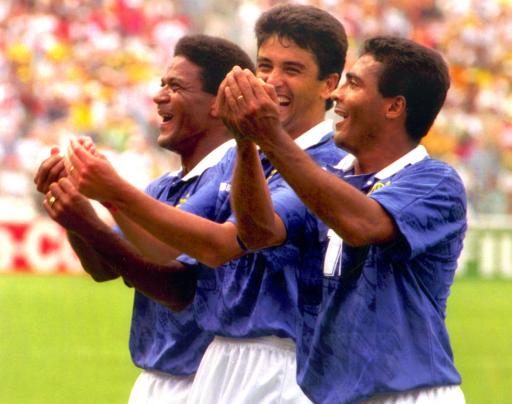 Hark back to 1994, specifically the World Cup of 1994, the quarter-finals. Remember Bebeto scoring Brazil’s second goal against Holland at the Cotton Bowl in Dallas and the subsequent ‘baby cradle’ celebration with Mazinho (father of Barcelona starlet Thiago Alcantara) and Romario?

We remember it like it was yesterday. Round Ed de Goey and bosh..

That baby, young Mattheus Oliveira (named after Lothar), born just two days previous, is now 18-years-old, plays for Flamengo and has just recently been drafted into the Brazil U20 squad for the first time.

How old does that make you feel all of a sudden?

(Thanks to Pies fans Roger Paz and @flotoniutti for the tip-off. Well, we say ‘thanks’…)