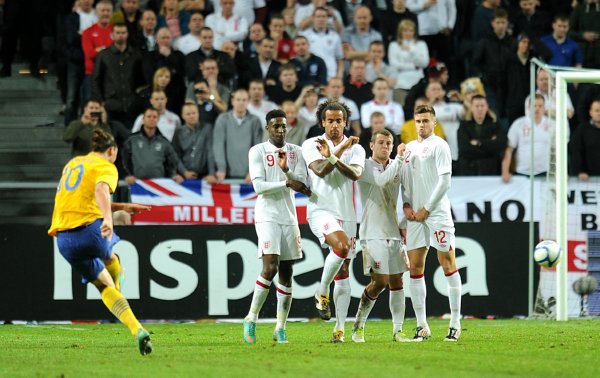 1. There’s no way to look cool in a defensive wall.

2. That’s it. That’s England’s level. A 4-2 defeat to Sweden should not spark clamour for an inquisition and, by and large, it hasn’t. That marks real progress in the steady march toward the realisation that England are just an upper-mid-level, one-paced, unexciting national side that will probably win more games than they lose without ever challenging for a trophy.

The defeat was perhaps a little heavier than England deserved, but it was precipitated by the Swede’s possessing an on-song mercurial talent amid their ranks. Something England haven’t had for a long time.

3. Jamie Redknapp’s nous knows no bounds: “Last night the world finally woke up to the mighty Zlatan.” This man is paid handsomely to provide expert footballing insight, this time in his Daily Mail column.

You don’t need us to tell you that Zlatan is now 31-years-old, signed his first professional contract in 1999, has played for a succession of Europe’s most illustrious clubs and has spent his 13-year career winning just about every club honour going (bar the biggy).

4. According to Opta, Danny Welbeck has now scored with all of his first five shots on target for England. While we’re not overly sold on him, you can’t argue with those kind of stats. 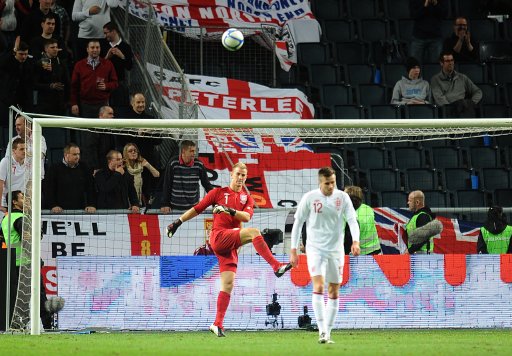 5. Too often is he allowed to escape without criticism, but last night Joe Hart was terrible. He’s worryingly shonky when not faced with direct shots at the best of times (i.e, coming to claim corners, crosses, high balls, etc), but last night’s performance against Sweden was the worst we’ve seen him play in a long, long while.

6. Swedbank paid €153 million for the naming rights to Sweden’s new national stadium only to re-name it the ‘Friends Arena’ in order to promote an anti-bullying charity they support. That’s pretty gosh darn cool of them.

8. Speaking of Gerrard, 100 caps is a wonderful achievement for any player. Thoroughly deserved. It’s just a damn shame he had to co-exist with a limp transitional generation of stodgy England waddlers. 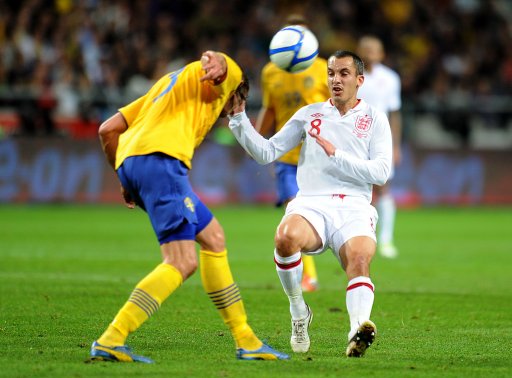 9. Leon Osman can come away with his pride intact, though we have a gut feeling that he may get stuck in England’s ‘One Cap’ club despite an energetic, hard-working debut. The Everton midfielder put in a fairly impressive shift, though we doubt he’d have caught our eye if we weren’t purposefully looking out for him.

10. Raheem Sterling looked like schoolkid who’d won a competition to play with the adults for the night – skittish, nervous and over-eager to dazzle without contributing much (though his through-ball to Ashley Young for Welbeck’s goal was very nice) of note. As exciting as he may be for Liverpool, he’s nowhere near ready for full international football. Looked terrified after getting roughed up a bit by Martin Olsson in the first ten minutes.

Well, he is, but you know what we mean.

Agree/Disagree? Any conclusions of your own you’d like to add? Let ‘er rip!