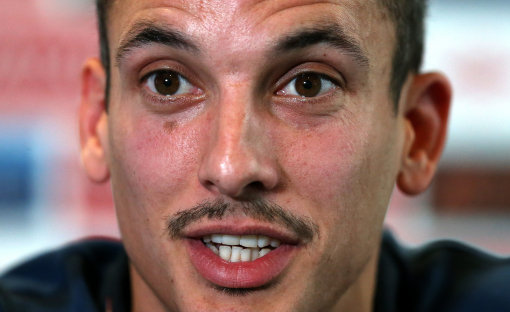 Moving away from the deadline day hoo-ha for just a second, Roy Hodgson has announced his England squad to play Brazil in next Wednesday’s friendly at Wembley.

There are no major shocks, with the only noteworthy aspect perhaps being that Leon Osman will be allowed to have another crack at international football (though this time without the slightly unsettling rakish Movember ‘tache) after making his England debut back in November of last year, playing the whole 90 minutes against Sweden in a 4-2 defeat, i.e, the day Zlatan won football.

Elsewhere, Ashley Cole is a dead cert to win his 100th England cap. You could argue that Leighton Baines deserves to start considering the form he’s in, but there’s no way that Roy or the FA will make Cole wait to pick up his centenary.

On the other side of the fence, Brazil have called up both Neymar and Ronaldinho.

This could get interesting.