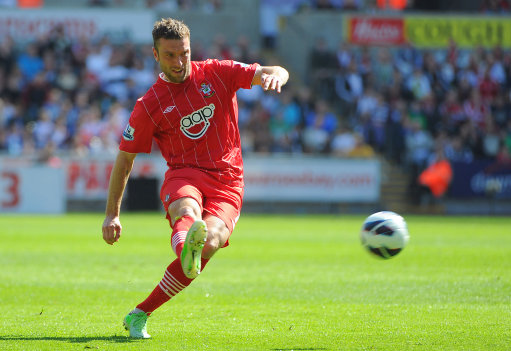 The England squad for the upcoming friendly against Scotland at Wembley on August 14th has just been announced and the big news is that Southampton man Rickie Lambert has been given the nod by Roy Hodgson after the 31-year-old striker scored 15 goals for the Saints in his first tilt at Premier League football last season.

Willy Zaha has also been included, along with Manchester United teammate Wayne Rooney despite missing most of the pre-season schedule with a succession of minor injuries.

The squad in full:

The Auld Enemy must be piddling themselves in sheer terror at that little lot. Is it our imagination or is the England squad getting weaker and weaker with every passing fixture?

Still, massive congrats to Lambert – you can’t argue that he deserves his chance, especially if the likes of Jay Bothroyd and Kevin Davies were both deemed worthy of being allowed a go.