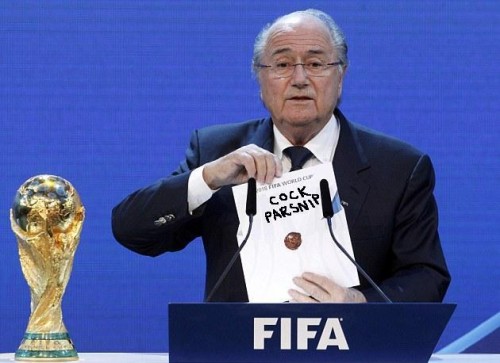 The balls of destiny have been plucked from the perspex pots of fate and, after an absolutely bloody age of incomprehensible FIFA-waffle (Fifaffle?), the draw for the World Cup groups has been completed in Costa do Sauipe.

Well, that’s England coming home early (they’ll also play first against Italy in Manaus, which will no doubt please the mayor) though, who knows, maybe a tougher group will suit them? After all, there’s no shame in not making it through from that little lot.

For the record, England’s group opener against Italy will be played at 2:00am UK time in the early hours of a Sunday morning. Poifect!

Other noteworthy clashes: Jurgen Klinsmann’s US side against his native Germany in what is probably the ‘Group of Death-est’ group to be pulled from the pot and and Spain playing Holland in a replay of the bloodbath 2010 final (the ‘Nigel de Jong Final’ as it’s come to be known) in Group B.