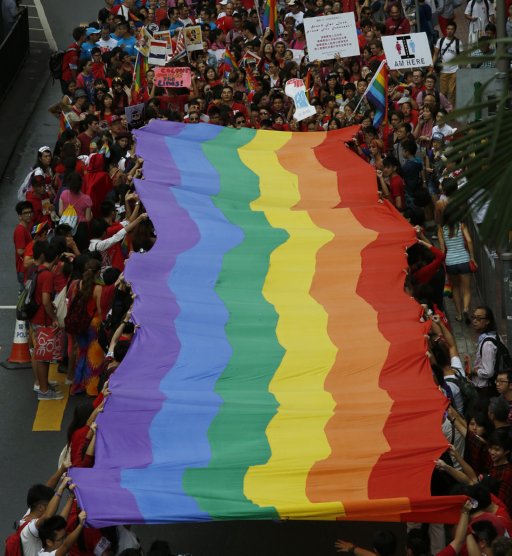 Sorry lads, you ain’t gettin’ in

The Norwegian FA have warned any fans who plan to attend Saturday’s friendly game against Russia with large rainbow flags that they will be expelled from the stadium.

The announcement comes after Gjert Moldestad, a Norwegian football fan, editor of “The 12th Man” magazine and staunch anti-discrimination activist, had publicly organised on Facebook for a large group of like-minded fans to bring their rainbow flags to the match as a show of solidarity.

A statement published by Norges Fotballforbund on their official website reads:

“NFF wants to make football a venue free of gay baiting where all shall be themselves, while we treat all political groups alike. It is not weakness, but firmness of principle.

“It’s been several applications for police and NFF for demonstrations both on the outside of the stadium and inside the stadium. These two groups, a group that supports Ukraine and a group against Russia’s view of homosexuality.

“Demonstration in a public place at metro station in Sognsveien is granted by the police. On Ullevaal will not be granted applications for demonstrations, because this is a venue for a sporting event with a focus on the football game.

“Previously naked people run into the turf with rainbow symbols to express their support for gays. Such markings do not belong under a Superbowl in football. In this case, we have said no to the use of banners and political celebrations in the stands, in line with common practice.

“T-shirts with rainbow colors are allowed. The same goes for a flag of limited size. In this case, the guards will make a judgement about not allowing it into the stadium.

“NFF wish everyone a warm welcome to match at Ullevaal Stadium, Saturday at 16:00.”

It’s all a bit sad but, rather than this being a case of Norway buckling, they insist that the flag ban is a deliberate ploy to avoid any tension in and around the stadium as football fans around the world continue to protest against Russia’s anti-homosexuality discrimination policies.

We can certainly see the logic in that.

That said, if the NFF think their statement is going to discourage fans from bringing flags to the game now, they can probably think again!