Saying he’s only about 5’9″ tall, it’s fair to say that Ecuador striker Enner Valencia has a fairly impressive standing jump on him… 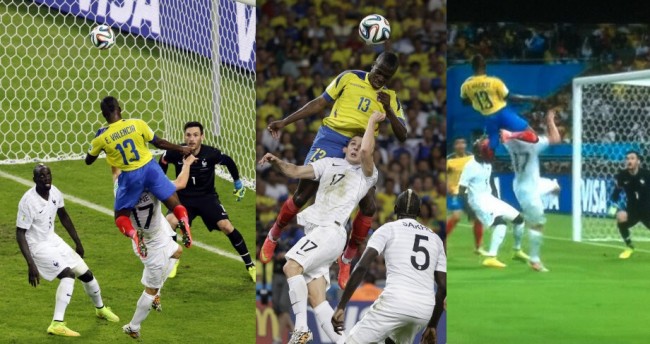 Valencia was far and away the top goalscorer in Liga MX last season, banging in 18 goals for Pachuca in the space of 22 starts.

Couple that with a series of decent showings at the World Cup and a relatively low asking price and surely we’re going to see him pitch up at a big (at least big-ish) European club next season?