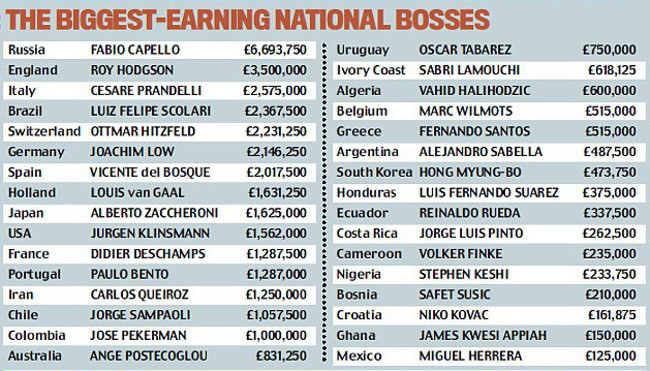 This came out earlier this month but it’s rather interesting to look again considering the performances of the various teams in brazil so far.

After overseeing a rather limp performance at the 2014 World Cup, Fabio Capello may well have a problem justifying his massive pay packet to his employers. The Russia boss comes out on top in a list of the World Cup managers’ pay-packet, courtesy of a whopping £6.6 million a year salary.

Good old Roy Hodgson ranks second with £3.5m while Mexico’s impressive Miguel Herrera comes last courtesy of a piffling £125,000, which is only half what Pies pays its writers.