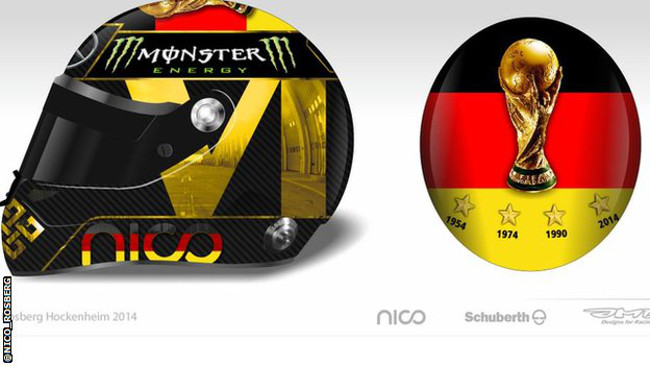 FIFA have once again endeared themselves to the sporting public by stopping German Formula One driver Nico Rosberg from celebrating his nation’s World Cup win by featuring an image of the World Cup trophy on his helmet. The 29-year-old Mercedes driver was planning to unveil the new helmet at this weekend’s German Grand Prix at Hockenheim and posted a picture of it on Twitter.

However, the powers-that-be at FIFA have objected to the use of the World Cup image claiming it would breach “intellectual property” rights. While Rosberg’s helmet now won’t feature the trophy itself, it may still have the four World Cup winning stars on it. Still, how pathetic are FIFA?