FIFA’s rankings aren’t always the most accurate, with their complex formula of coefficients and points meaning that it occasionally throws up an anomaly or two.

However, following England’s dismal show at the 2014 World Cup, the Three Lions’ fall from 10th to 20th is within the realms of believability. In hitting their lowest ranking position since May 1996, Roy Hodgson’s charges now find themselves below the likes of Bosnia & Herzegovina, Costa Rica and Greece. Hardly a list of footballing giants there.

World champs Germany go top, knocking the 2010 World champions Spain off their perch, with the Spaniards tumbling to eighth place. 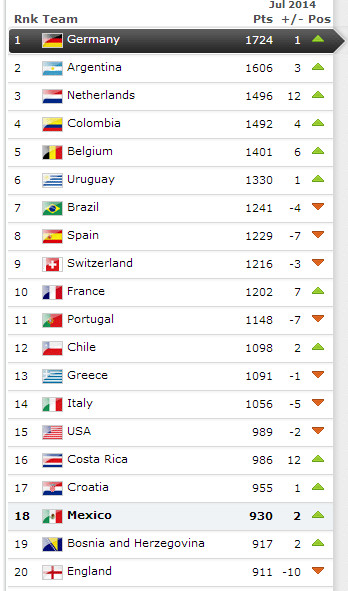