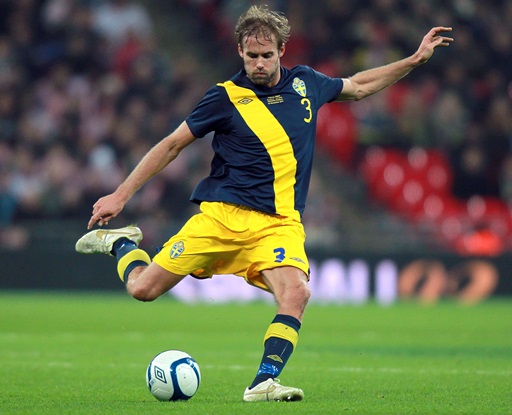 After 18 years spent shoring up defences for the likes of Aston Villa, Olympiakos, Juventus and Villarreal, veteran centre-half Olof Mellberg announced his retirement yesterday at the grand old age of 36 after agreeing to pulp his contract with FC Copehagen.

A firm fan favourite at Villa to this day due to his unflinching commitment and heroic beard, Mellberg amassed an impressive 117 caps for Sweden and one of the first of his international teammates to pay glowing tribute to the rock-solid defender was one Zlatan Ibrahimovic, who took to Facebook to say:

Maybe one day we will meet again, in Valhalla.