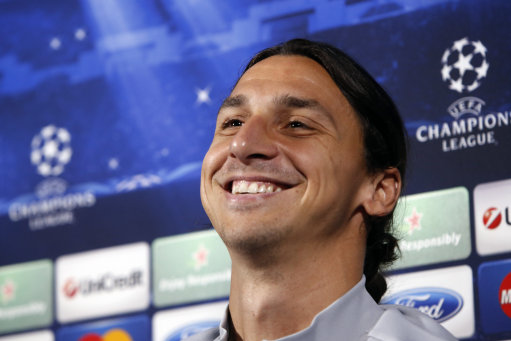 After being asked for signed shirt to raffle off in order to raise the necessary funds, Zlatan Ibrahimovic has cut out the middle man and simply donated the entire wodge of money required to send Sweden’s “mildly mentally retarded” (we’ve no idea if that’s the official team title, but we’re at the mercy of Google translate here) men’s national team to their World Cup.

The potless team were struggling to cobble together the 350,000 Swedish krone (around £30,000) needed to travel to the tournament out in Brazil and approached Zlatan for a jersey to flog on Ebay in order to help raise funds.

In inimitable Zlatan fashion, the PSG striker reportedly replied “What the hell are you going to do with a jersey? How much does it cost to go?”, before asking for the team’s bank account details and depositing the entire lump sum.

“Football should be played by anyone, regardless of gender, disability or not.

“When we (the Swedish national side) missed the World Cup, I was deeply disappointed. So when I heard about “the unknown team” I said to myself that I wanted to do everything in my power to help them to experience a World Cup.

“There was nothing to think about. It was a given”

Just when you thought you couldn’t love him any more.