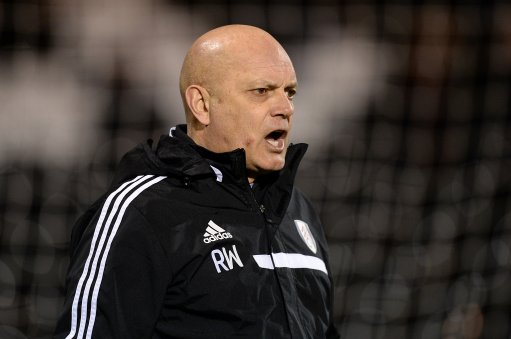 “Stay on your feet, young man!”

In what is almost certain to go down as one of the oddest managerial appointments in recent memory, the Jordanian FA (JFA) have announced that Ray Wilkins has taken over as the head coach of their national side.

What’s more, Wilkins will be joined by his former Manchester United team-mate Frank Stapleton, who’s last job in coaching (barring a short stint in Sam Allardyce’s back-room staff at Bolton in 2003/04) was at New England Revolution in the MLS in 1996.

A statement from the JFA explained that Wilkins landed the job having been hand-selected by a member of the Jordanian royal family:

“The decision was taken under the guidance of JFA President HRH Prince Ali Bin Al-Hussein, who was trusted by the JFA Executive Board to choose the suitable candidate for the Jordan National Team’s coaching post due to his great vision in leading Jordanian Football towards success since he was first elected as President of Jordan Football Association in February 1999.

“Ray Wilkins accompanied Prince Ali to the Nashama’s first training session on August 28th 2014, to take a closer look at the team and observe the technical and fitness side of Al-Nashama.”

“Al-Nashama” (which translates as “The Chivalrous”) being the nickname of the Jordan national side, in case you were wondering.

Wilkins, out of work since being sacked as Fulham’s assistant manager back in February, will take over once Jordan (ranked 56th in the FIFA world rankings) return from playing their two upcoming friendly matches against Uzbekistan and China on the 4th and 9th of September respectively.