With another sodding international break almost upon us wherein England are set to do gladiatorial Euro 2016 qualification combat with San Marino and Estonia respectively, the FA have pumped out Roy Hodgson’s chosen squad this afternoon.

Alas, as with most things FA, their England squad list contains a small but eminently crucial error… 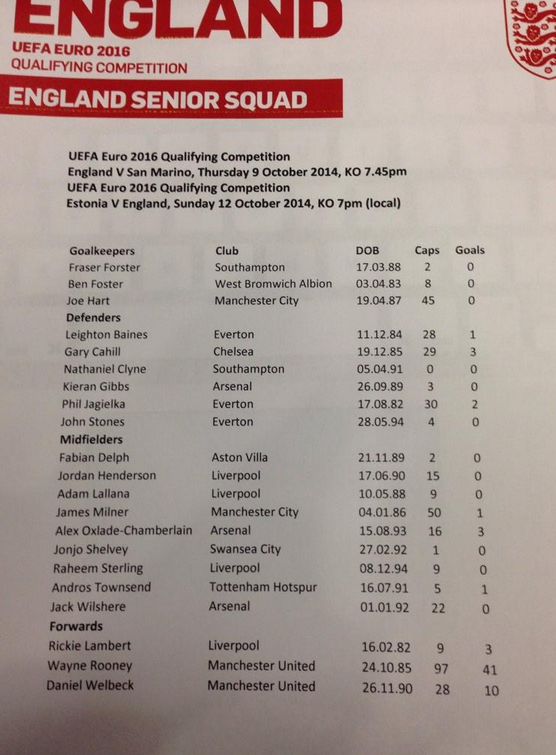 And before any of you start with the “Andros Townsend’s been picked” gags, the FA have listed Daniel Welbeck as a Manchester United player. Bum.

Anyway, we’re glad to see Nathaniel Clyne get the much-deserved nod this time around but other than that it’s fairly standard fare.

Forgive the general air of apathy, but it’s really quite tough for us to get excited about England squad announcements these days.