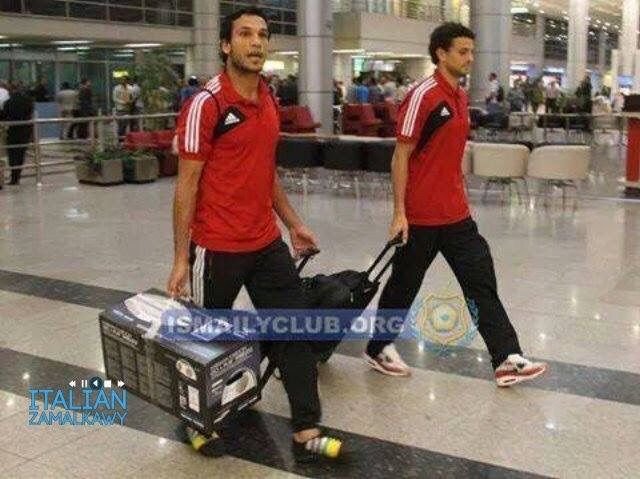 Egyptian international Shawky El-Said has caused a ripple of consternation after reportedly returning back home from his country’s African Cup of Nations qualifier against Botswana on Friday with a monkey in a box.

El-Said was spotted making his way through Cairo International Airport carrying a box containing what looked to be a new vacuum cleaner, which was enough to raise quizzical, Ancelotti-esque eyebrows among Egyptian fans press likewise.

However, after the photo above circulated on social media over the weekend, it’s since been alleged by Esportana that El-Said was actually carrying his new “pet” in the box – a monkey given to him by a Botswana player in return for swapping shirts after the match.

The Telegraph’s Babb Report add this little snippet to the mix:

“A source close to the player apparently claims El-Said was carrying the new pet within a vacuum cleaner box and that it is currently being looked after by a friend since the defender is at a training camp ahead of tomorrow’s (Wednesday’s) rematch against Botswana.”

In short, nobody really knows whether or not El-Said had a monkey or a hoover in that box – but either way, it’s still pretty weird!

(Via @TeleFootball/Image via King Fut)