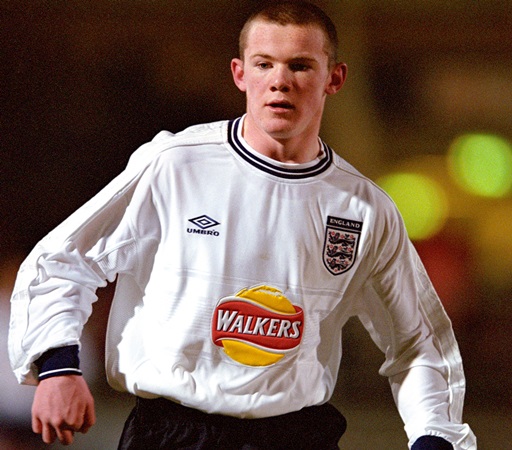 As unlikely as it may seem, beneath that pork scratching of an exterior, it would appear that Wayne Rooney harbours the sensitive soul of a poet.

To that end, former England youth coach Dick Bate has told the Independent that once, shortly after England had been jettisoned from the U17 European Championships in 2002, the then-16-year-old Rooney stunned his teammates with an impromptu recital of a poem he’d written himself.

Rooney scored five goals during the tournament in Denmark and was eventually crowned Player of the Tournament, though England were knocked out by Switzerland in the semi-finals.

On the night England were eliminated, the squad gathered for a farewell dinner.

This from the Indy…

After gaining Bate’s permission, Rooney stood up and produced a piece of paper from his pocket.

On it he had written a poem about how much he loved playing for his country.

Rooney, along with teammate James Biggins, recited the poem called “When Saturday Comes” to a crowd of nearly 30 silent onlookers.

Bate was unwilling to share the exact content of the poem, though the veteran coach hinted that it wasn’t the most polished piece of work he’d ever come across – not that it mattered a jot in the grand scheme.

“I think it took most of the group aback,” Bate said as he recounted the event.

“Here was a young boy just expressing his love for England in the best format and most succinct manner he could.

“I have never seen anyone stand up and do that before. I will never forget it.”

Who’d have thunk it?