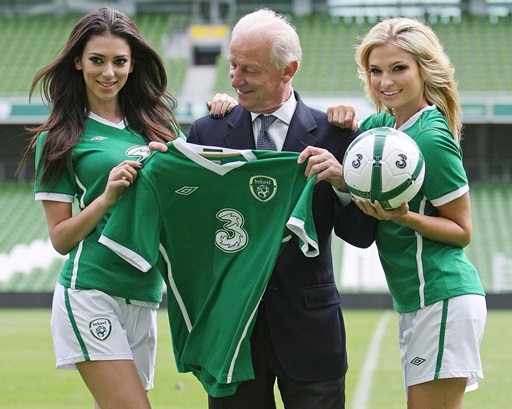 It’s been a little over a year since Giovanni Trapattoni left his post as manager of the Republic of Ireland to take up the role as coach of the Vatican City’s in-house football team (we’re not kidding), with Martin O’Neill stepping in to replace the veteran Italian a couple of months thereafter.

It has since emerged that, in appointing O’Neill, the Irish FA (FAI) passed on the services of a plucky Ireland fan by the name of Paddy O’Brien, who submitted his CV in the hope of landing the big gig despite not having much/anything in the way of actual experience.

Undaunted by his singular lack of managerial qualifications, O’Brien, who was 24-years-old at the time, cobbled together a résumé detailing his personal and tactical philosophy (a couple of revolutionary formations, code-named: “Shatner’s Bassoon” and “Immaculate Pasta”), his salary demands, star sign and, most importantly, the transferable management skills he’d garnered over the years as a champion bovine breeder.

“At the time I wrote the application there were a lot of individuals being touted for the job and, even with no experience of football management, I reckoned I would be every bit as good as Owen Coyle, Gerard Houllier, Noel King, etc.”

And with that, he submitted his dazzling CV to the FAI… 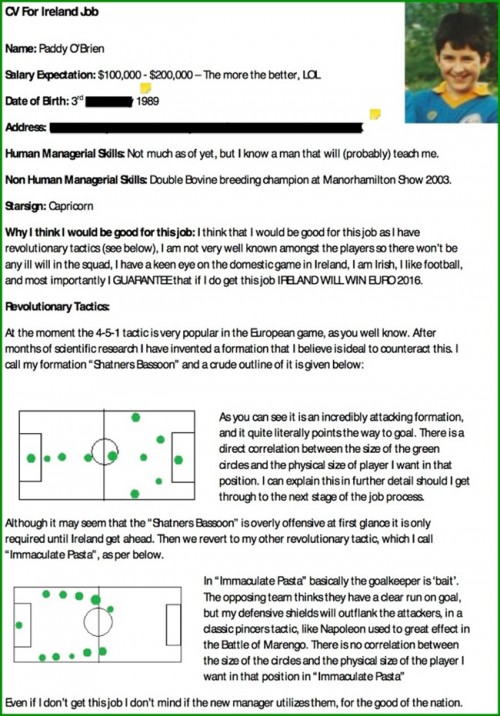 Alas, Paddy was not offered an interview once the FAI had whittled down their shortlist – not that he took the snub personally, even going as far as publicly backing the man who landed the job over him:

“Martin O’Neill has impressed me thus far. He’s not utilising my tactics, even though I said he could if he wanted, but there are more than two ways to skin a cat.

“I suppose the proof of the pudding will be whether he manages to guide us to Euro 2016 glory.

“I can see why Keane was hired as assistant manager. He’s the perfect foil for the good cop/bad cop routine and obviously knows a bit about the Irish game.

“I would have appointed an assistant double team of philosopher Noam Chomsky and chess master Garry Kasparov – Chomsky was very interested.”

Brilliantly however, the FAI did issue O’Brien with a formal response in the interests of letting him down gently… 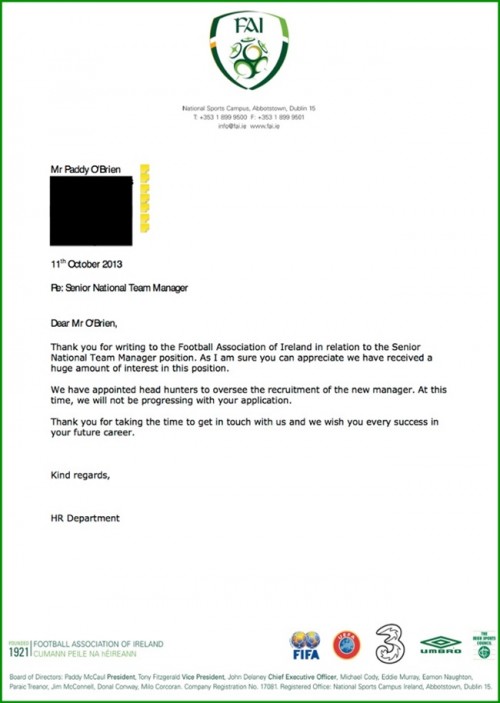 Despite having his dreams dashed on the rocky headland of reality, O’Brien wasn’t too put out – adding that he’d be willing to assist the current Ireland regime if they came a-callin’:

“I’m also always happy to advise O’Neill on any tactical questions he may have…for a small fee.”