Footballing wagers between friends are a dangerous thing as, for example, it usually means some poor sap is going to end up with John O’Shea’s face tattooed on his leg for the rest of his life or something.

Indeed, that is exactly what happened to young Ireland fan Max Charles, who lost a bet with his friend and now has the Sunderland skipper’s mush indelibly inked about his person.

Our friend Max entered into a gamble with his friend Vinny Plunkett before the Republic of Ireland’s recent Euro 2016 qualifier against Germany, in which the pair each picked an Ireland player they were backing to score against the recently-crowned World champions.

A frisson of jeopardy was added to the bet by each chap agreeing that the loser would have to get the face of the winner’s pick tattooed on their leg.

Sure enough, O’Shea popped up to snaffle an unlikely equaliser for Ireland with mere minutes left to play, requiring Max to book himself an appointment at his local tattoo parlour. 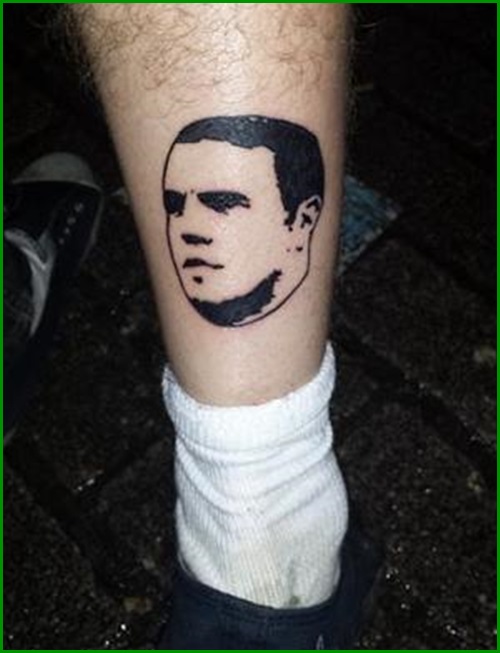 Strangely enough, Max has done the social media rounds before after scoring a truly outstanding free-kick for his Sunday League side, Castlepollard Celtic, a few weeks ago…