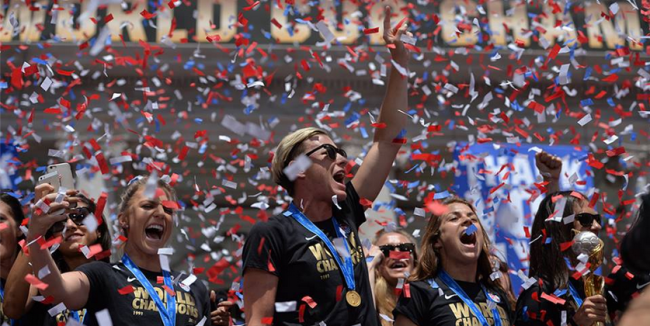 Fresh from battering Japan in the final of the 2015 Women’s World Cup, the triumphant USA squad were rewarded with an incredible ticker-tape parade in New York. The UNSWNT became the first female sports team to ever garner such a parade in NYC after bagging their third world title.

The scale of the celebrations highlight just how big the women’s game is across the pond. Let’s hope the English game can reach these heights in the coming years.

Here are some rather fab photos of the celebrations…