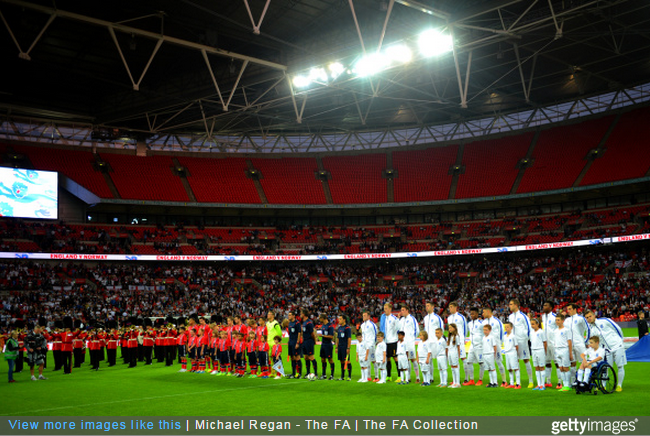 As recompense for England’s pretty dismal showing at the 2014 World Cup finals in Brazil, the team got its just desserts in the first match after the tournament, which just so happened to be a friendly against Norway at Wembley.

A crowd of just 40,181 turned up (Wembley holds 90,000) and ITV took a hell of a beating in the viewer rating stakes. Indeed, twice as many people watched The Great British Bake-Off on the BBC as watched England on channel the third.

It turns out that “pie week” (a subject understandably close to our hearts) over on the Bake Off attracted several million more viewers than England, with a peak of 9.1million viewers tuning in to see plummy folks applying egg-washes to various pastries, while England’s viewership peaked at a mere 5.5million.

The average ratings for each programme were 8.3million and 4.5million respectively. 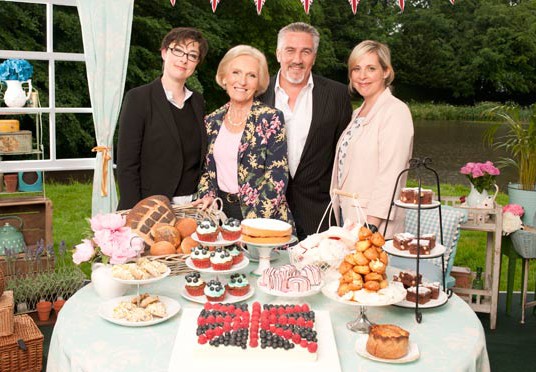 As well as the televisual shortcomings, the crowd inside Wembley was the lowest to watch a slice of the action involving England since the stadium reopened, and around the same number as had turned up for the FA Vase Final between Truro City and AFC Totton.

A particularly monotone England won the game 1-0 thanks to a penalty from Wayne Rooney but the game was dull as ditch water – not a patch on the technical challenges and showpiece showstoppers being served up for Mary Berry and Paul Hollywood.

Some put the low turnout down to the decision to play every England home game at Wembley rather than continue the policy of playing at stadiums around the country – though we can’t help but think the rancidly turgid football on offer may have also had something to do with it!