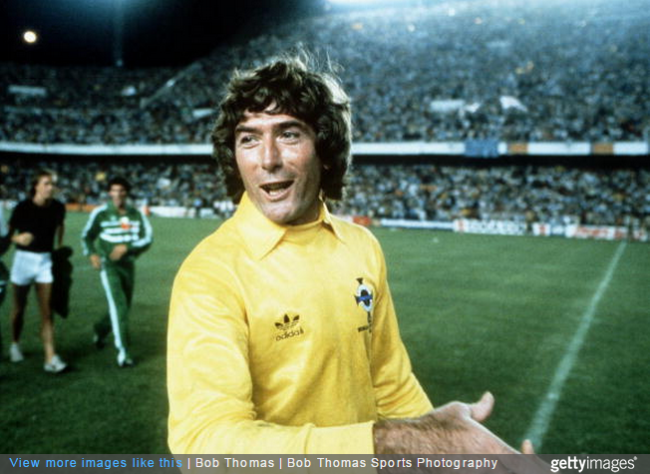 When Big Pat Jennings turned out between the sticks for Northern Ireland against Austria in Belfast on 21st September, 1983, he made history – as it was, the Newry-born goalkeeper became the first Irish player to make 100 appearances for his country.

Northern Ireland won the European qualifier 3-1, and Pat went on to play a further 19 times for the national team. His international career lasted 22 years and his 119 appearances remains a Northern Ireland record.

Jennings took part in six World Cup qualifying stages, a feat which remains a world record. His final international appearance came at the 1986 World Cup finals against Brazil, almost exactly one year after he had retired from club football. He was 41 years old.

Several years thereafter (2011 to be precise), UEFA formally recognised Jennings’ achievements by making him the very first recipient of their new commemorative “centenary club” caps, as awarded to players with 100 or more appearances for their national side. 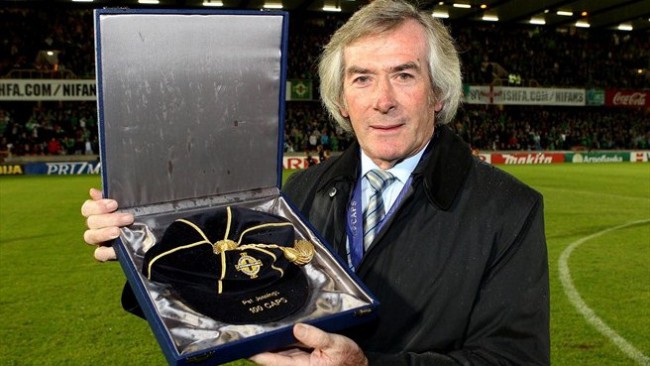