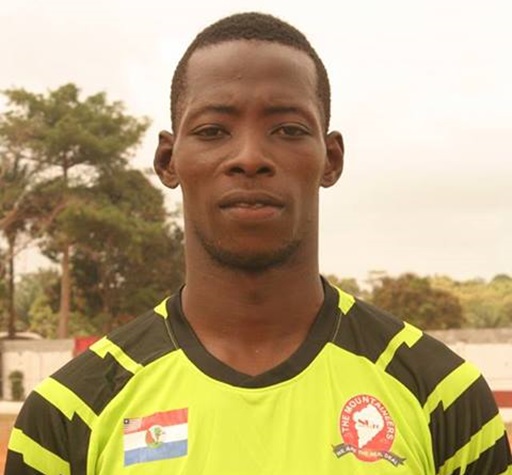 If you think you had a naff weekend then spare a though for poor old Liberia goalkeeper Nathaniel Sherman, who was forced to sit out his country’s Africa Cup of Nations qualifier against Tunisia on Saturday after almost losing an eye in the team hotel just a few hours before kick-off.

Sherman was fiddling with his phone when he accidentally walked directly through a glass panel at the Liberian team hotel and suffered a “serious eye injury” as a consequence.

Unlucky footballer of the day: Liberia’s Nathaniel Sherman walked into a glass panel while talking on the phone. Missed the game v Tunisia.

‘Serious’ being the operative word here. According to All Africa, Liberia’s team doctor Abu Boakai Kamara informed the press that Sherman has a “50/50 chance” of losing the sight in his right eye.

Bloody Nora. If only he’d have kept an eye out…