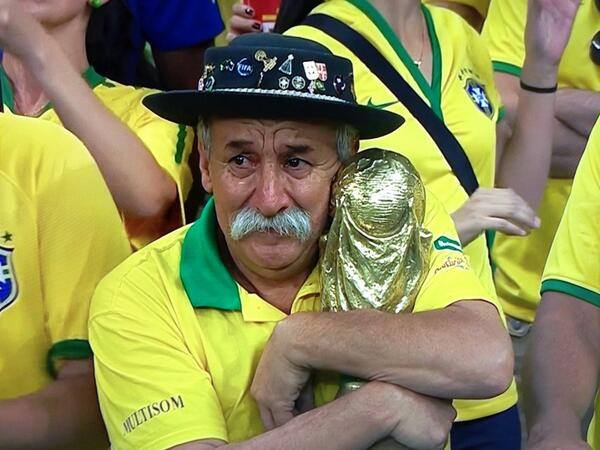 Sad news is reaching us today that Brazil’s ever-present superfan Clovis Acosta Fernandes, seen here in a state of pure sorrow while watching Brazil get pasted by Germany at the 2014 World Cup, has passed away at the age of 60.

As well as providing one of the most iconic images of last summer’s tournament, Clovis also attained cult hero status in his native Brazil for managing to get his face on camera at every single World Cup since 1990 – following his beloved Selecao around the world and back in support of his heroes.

According to Globo, Clovis passed away in Porto Alegre earlier this morning after finally succumbing following a nine-year battle with cancer.

As well as World Cups, Clovis also accompanied Brazil in the Americas Cup, the Confederation Cup and the Olympics. All in all, he visitied more than 60 countries and attended over 150 matches.