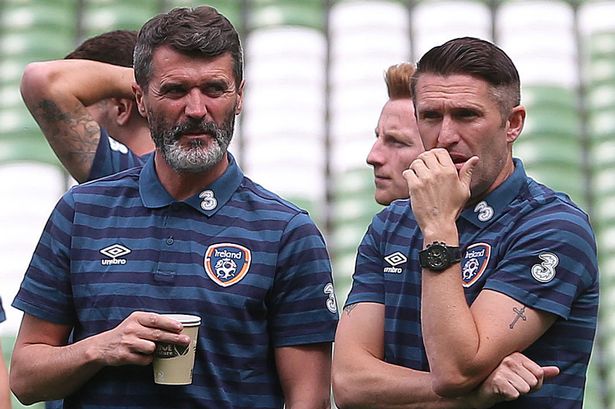 Assistant manager Roy Keane was in trademark terse form during his pitch-side Republic of Ireland press conference earlier, answering questions over Robbie Keane’s availability for the upcoming Euro 2016 qualifiers against Germany and Poland.

Keane and his wife Claudine have just welcomed their second child into the world on Monday night, so naturally the media assumed that paternity leave might rule the LA Galaxy striker out of the double-header.

Not so it would appear, with Keane the elder barking back incredulously:

Why wouldn’t he be available? He didn’t have the baby, did he?

Unless he’s breastfeeding. Robbie’s had a game and has been travelling [back to Dublin].