Sunday morning saw the draw for the EURO 2016 Play-offs, with the Republic of Ireland set for a difficult set of games against Bosnia & Herzegovina… 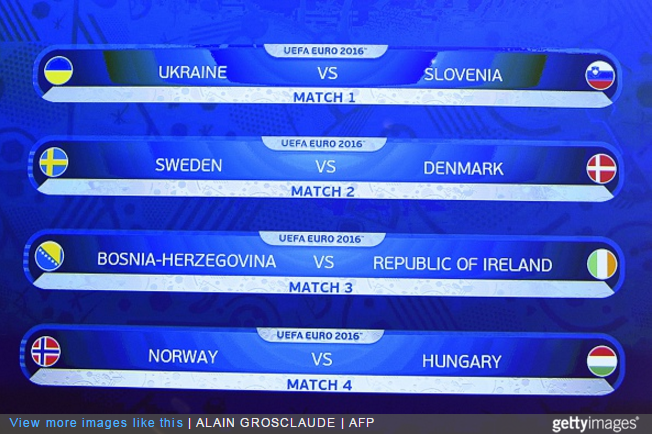 Ranked 30th in the FIFA listings, 13 places above Poland who beat the Irish to that second Group D, and 24 places ahead of the Boys in Green themselves, Bosnia boast the likes of Roma pair Edin Dzeko and Miralem Pjanić and Lazio winger Senad Lulic.

The Bosnians finished third in Group B, behind both Belgium and Wales. They draw 0-0 in Cardiff against the Welsh while on home soil, Mehmed Baždarević’s side won 2-0 against Chris Coleman’s charges.

Ireland’s only previous meeting with Bosnia came in a friendly in 2012, when Shane Long scored the only goal of the game. While one positive for the Irish is the fact that they’ll play the first-leg in Bosnia, setting up a big return leg at the Aviva Stadium.

The Irish will no doubt be hoping for a repeat of their EURO 2012 Play-off performances against Estonia, which saw them ease into the finals via a 5-1 aggregate score. Although in all likelihood, Bosnia will provide Martin O’Neill’s side with a much stronger test.

Elsewhere, Sweden will meet Denmark in a Nordic derby, Ukraine play Slovenia and Norway face Hungary, with all the first legs taking place between 12-14 November and the return games over the 15-17 November.