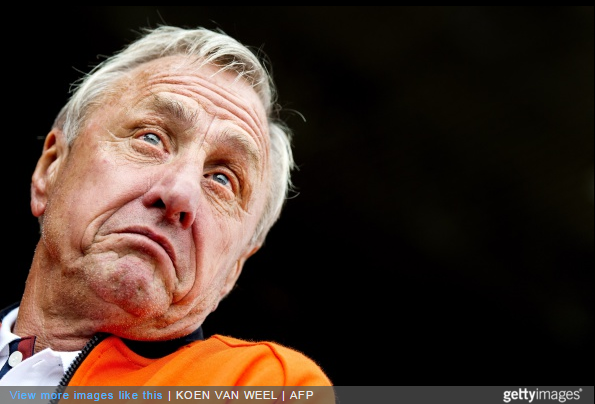 According to widespread reports emanating in the Spanish press this morning, Johan Cruyff has been diagnosed with lung cancer.

As reported by Catalunya Radio and RAC1, Cruyff reportedly discovered on Tuesday that he was suffering from the disease.

As such, the 68-year-old Ajax, Barcelona and Holland legend and is now set to undergo further tests to ascertain how advanced his cancer is.

Talk about waking up to shitty news. Here’s wishing Jopie all the best.