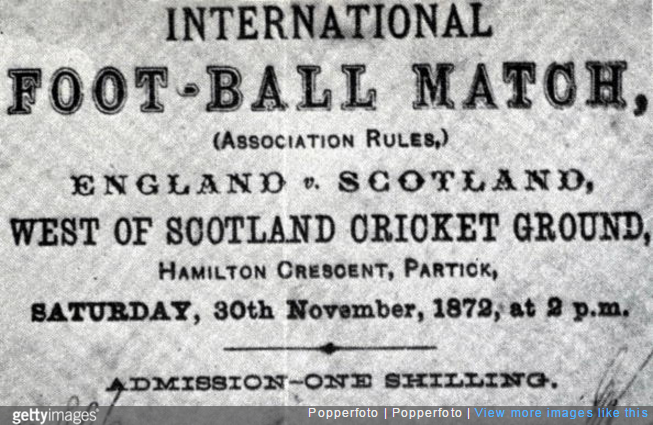 Football’s international tradition began in front of 4,000 spectators at the West Of Scotland Cricket Ground in Hamilton Crescent, Partick on 30th November 1872.

Those 4,000 spectators paid a shilling each and, after a 20-minute delay caused by heavy fog, were treated to a spirited contest that ended in a 0-0 draw.

The game was staged after the Football Association decided the sport needed a boost in Scotland. Matches between the countries were popular even in the sport’s infancy, and the success of the first international rugby match between the two nations some 20 months earlier no doubt played its part. 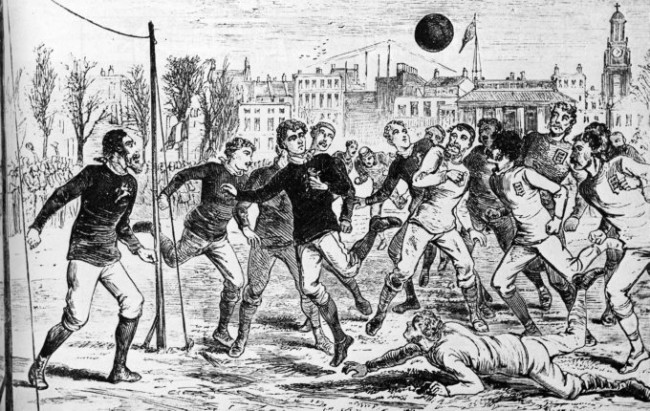 An artist’s impression of a goalmouth scramble during the international “friendly” between England and Scotland, 1878 (Photo: PA)

In fact, when it came to football, England and Scotland had played each other five times before, with three games won by England and two ending in draws.

However, FIFA don’t consider those early games to be full internationals, because the Scotland teams were made up of players drawn from the London area, as those early games were all played in and around the English capital.

The 1872 encounter in Partick is therefore officially recognised as the first international fixture proper as the two sides were independently picked by the two corresponding Football Associations of England and Scotland.

For this first recognised international, Queen’s Park FC provided all 11 players for Scotland, while nine different clubs were represented in the English starting line-up.