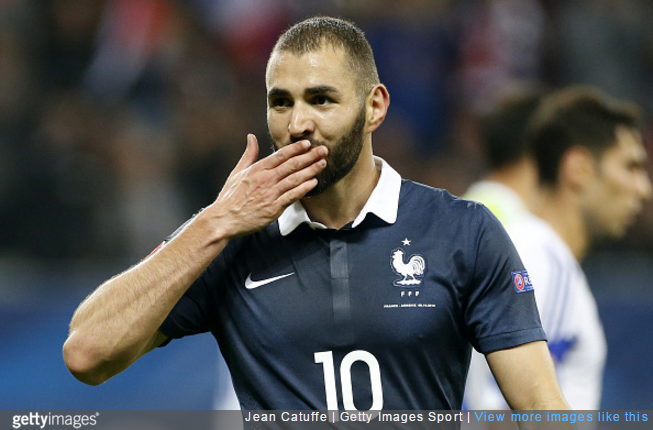 Karim Benzema’s participation at Euro 2016 has been plunged into considerable doubt this afternoon with the announcement that he has been suspended by the French Football Federation until the ongoing investigation into a blackmail case involving teammate Mathieu Valbuena reaches a conclusion.

The Real Madrid striker is tangled up in the case, having been charged and placed under formal investigation after admitting to police he had an involvement in the case which centres around an alleged sex tape.

According to French media, Benzema mentioned the tape to Valbuena during a France training session in early October. He later told police he was simply advising a friend about what to do in a difficult situation but was duly charged with complicity in the extortion scam shortly thereafter.

As such, FFF president Noel le Great, who had previously stated his support for Benzema, today took the “heart-breaking” decision to render him unavailable for selection until further notice.

Mon dieu, what a giant cluster of a palaver this is snowballing into.