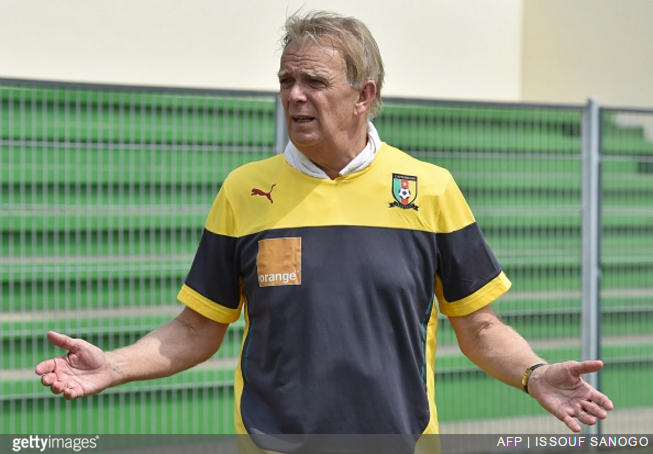 Having decided to part company with Volker Finke a fortnight before their World Cup qualifying campaign began against Niger in mid-November, the Cameroon Football Federation (Fecafoot) are still in the process of hiring themselves a new head coach.

Obviously a bit short on applicants in the intervening weeks, Fecafoot have taken the unorthodox/slightly desperate step of advertising for a new coach both on their official website and through social media.

“Call for applications for the recruitment of a head coach,” Fecafoot tweeted on Monday.

The Tweet includes a link to a job listing on the federation’s official site which lists exactly what they’re looking for in a successful candidate.

Any candidates should be of Cameroonian or foreign nationality, of good character, physically fit and healthy and have a strong personality.

(Interested parties must also) have a credibility and enjoy national and international recognition, have a good knowledge of African football, be willing to reside permanently in Cameroon, and have a good address book in the professional field.

If you fancy a bash then you’ll need to get a wriggle on as the deadline for applications is tonight.