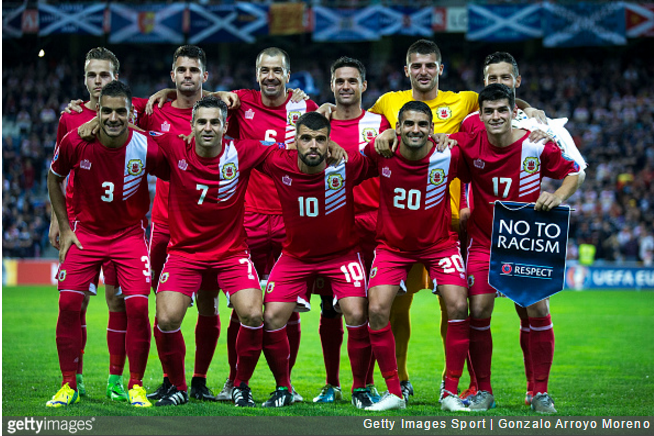 For a lot of football fans international friendlies are more trouble than they’re worth. They are cited as meaningless and present a disruption to the flow of a league season – or, more importantly, people’s Fantasy Football teams.

One of last night’s fixtures saw two revered titans of the game square off: Gibraltar and Liechtenstein. The former have only been playing competitively for under two and half years and immediately became European football’s new whipping boys alongside the likes of San Marino and Andorra.

The latter – officially a Principality – have fared a little better in their 34-year lifespan, despite receiving their record defeat at the hands of the mighty Macedonia: an 11-1 drubbing in November 1996.

It’s fair to say that nobody expected a game for the ages when the two sides met at Gibraltar’s Victoria Stadium, and… well, they were right.

They huffed and puffed along to a 0-0 finish but despite the lack of anything even approaching goalmouth action, the match definitely provided its fair share of notably bizarre incidents.

If you’d been relying on the BBC or the Guardian’s live score updates for this blockbuster clash, you’d have been forgiven for thinking that it hadn’t taken place at all.

Indeed, The BBC failed to update the game’s status from kick-off… 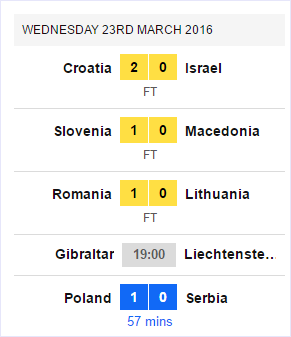 While every other game received a full-time score, the Gibraltar match still registered as not even having started.

The weirdness didn’t end there. Liechtenstein had three goals ruled out by Welsh referee Ryan Stewart, one of them a free kick which was chalked off with no apparent infringement occurring.

#Liechtenstein free-kick takes a deflection and finds its way into the back of the net but is bizarrely ruled out. pic.twitter.com/JL3c2ecMzQ

Twitter user @aidan_2807 stated that after the three goals had been disallowed, a Gibraltar player walked off the pitch to be replaced only to high five the referee on his way to the dugout.

Other Tweeters soon began peddling a couple of choice conspiracy theories, the main one of which revolved around the amounts of money put on a seemingly innocuous game.

One user even tweeted UEFA, demanding Ryan Stewart be investigated for a game that he felt was “obviously fixed”.

@UEFA @FootyAccums you need to investigate this referee Ryan Stewart. The Gibraltar game was so obviously fixed! pic.twitter.com/Wwl7OGoj15

Let us be very clear here. We are in no way accusing anybody involved in the game or at any other level of being involved in anything irregular or illegal.

Instead, we are simply presenting both facts and opinions surrounding events on the field and pointing out that some of the goings-on were a bit on the odd side.

It’s certainly a strange case though, and one that looks to have dipped under word football’s radar.