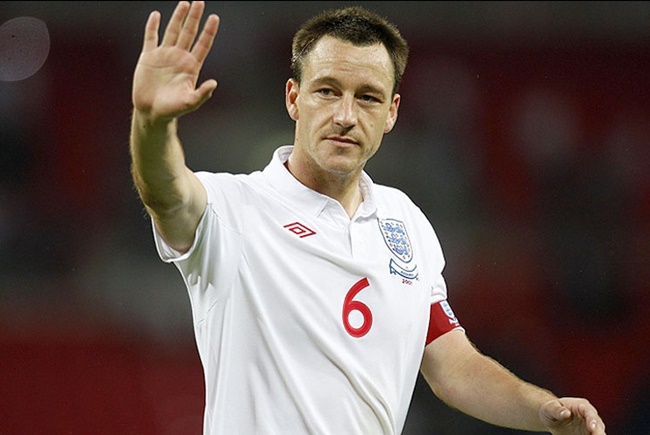 He hasn’t played for three-and-a-half years but the spectre of John Terry still looms over the England back-four, which has been in flux ever since the Chelsea stalwart bowed out of international football under a cloud in September of 2012.

Indeed, there has been call from some quarters today that hatchets should be buried and Terry be called back into the fold to bolster England’s defensive ranks after the national side shipped rather too many goals against Germany and then the Netherlands over the most recent international fortnight.

Roy Hodgson, bless him, acknowledged concerns about his dearth of options at left-sided central defence during his Thursday press conference and then did his best to nix the Terry rumblings without actually being vehement one way or the other.

Your point that we haven’t got the left-sided one is quite right but there is nothing I can do about that unless suddenly in the next five weeks some brilliant English left-sided centre-back appears on the scene and I don’t anticipate that.

Who knows? Because he (Terry) retired so long ago, he doesn’t feature in my thinking very often but I can’t deny that is a valid point.

He also revealed that he’d had a “long chat” with the 35-year-old Chelsea captain recently, adding that he was a “lovely fellow” before leaving it at that.

So, let’s face it – Roy’s being polite as per, but it’s almost definitely not going to happen. Terry isn’t coming back, despite there being a perfectly viable berth for him.

The Pros: He’d doubtless prove useful in France. The man is a phenomenal centre-half, even at 35 and with his powers beginning to wane. Tough, vastly experienced and ten times more reliable than any of the younger models who have replaced him in the England mix. Even if he didn’t play every match, Terry would still more than justify his place in the squad.

The Cons: With the tournament set to start in 71 days, you just feel that there’s next to no time left to reintegrate him. Given the manner in which Terry exited the stage in 2012, the upheaval is just too big a risk.  Plus, the only way his future successors are going to gain any worldly experience is to play in decisive matches at international tournaments. Terry’s shock inclusion would be nothing short of retrograde.

It should be also mentioned that, amid the hubbub, Terry himself hasn’t actually publicly professed any inclination to reverse his intentional retirement either – a salient point that seems to have been overlooked by many.

Personally, if Pies were in charge, we’d leave well alone. It just ain’t worth the hassle.

Over to you, folks: As England manager, would you take John Terry to Euro 2016?