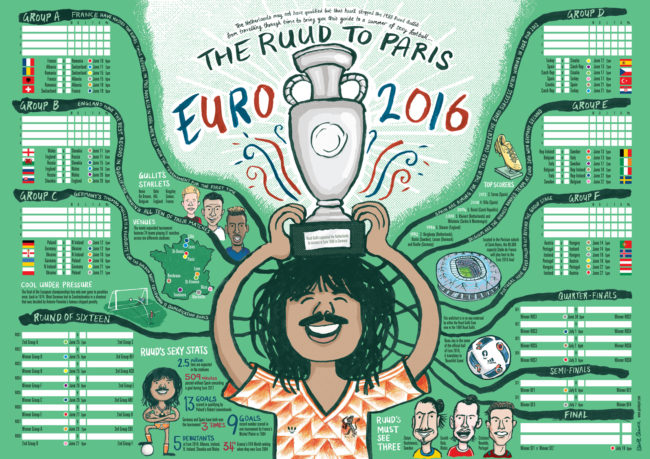 Just as he has done for the last three major international tournaments, artist Elliott Quince (@ElliottQ) has produced a lovely, hand-drawn wallchart for Euro 2016.

Ruud Gullit circa-1988 is the star of Elliot’s Euro 2016 offering, mainly for pun-based reasons (we can only assume!).

Despite the Netherlands not qualifying, [Gullit] has taken it upon himself to travel through time to bring you his guide to a summer of sexy football, featuring facts, stats, maps and stadia plus a cartoon of Ruud in his pants.

As well as being a beautiful thing in its own right, the wallchart is also being used to raise funds for charity, with all proceeds going to the Luton & Dunstable Hospital Neonatal unit.

As the man himself says, it’d be great to beat that total this time round. 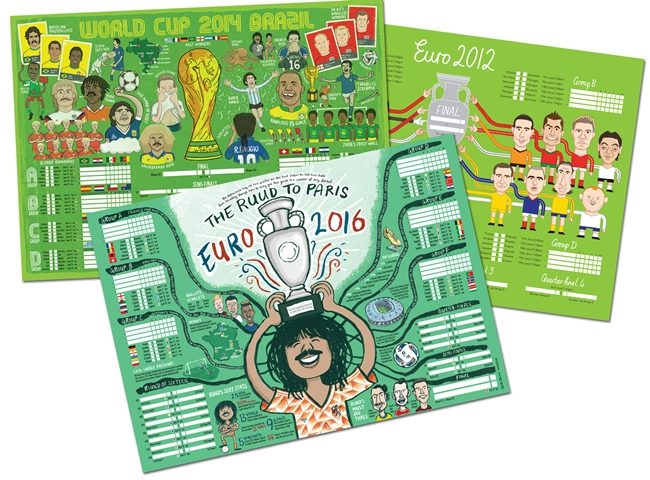 Should you wish to get your hands on one and do a much-appreciated charitable service in the process, the Euro 2016 chart is available to order for £10 via Elliott’s Quinky Art website.

Go on, it’s for a bloody good cause.