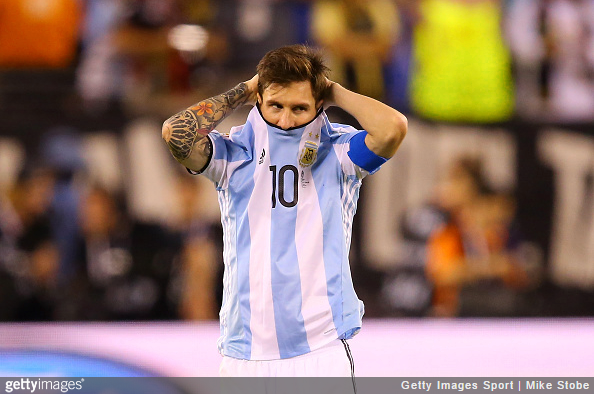 The very ball that Lionel Messi lashed over the crossbar in the shoot-out at the end of the Copa America final is all set to make one enterprising football fan a whole metric sh*t-ton of money.

Argentina went on to lose out to Chile for the second time in successive finals, spurring an emotional Messi to announce his international retirement in the immediate aftermath.

The ball Messi fatefully sent flying into the stands was snaffled up and smuggled out of the stadium by Chilean fan Pedro Vasquez, who is now deciding whether or not to flog it.

The truth is that if the ball becomes any more valuable, it would be a risk to have it in my house.

I could sell it, it would depend on the circumstances.

It is nice to have the ball, but if it keeps rising in price, I’ll sell.

Vasquez is also claiming to have already turned down several offers for the ball, with the highest being an enormous €27,000 (approximately £23,000).