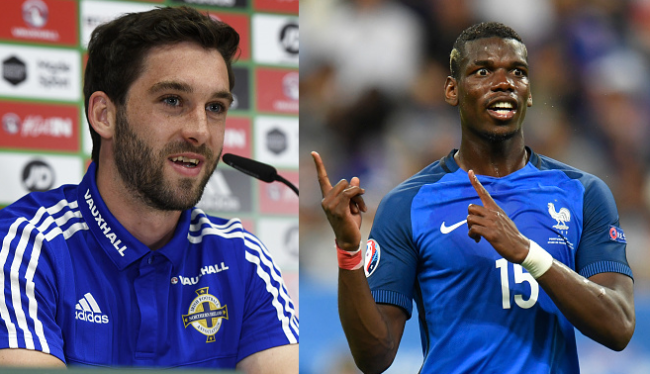 Demonstrating once again that all football polls should be rendered moot by their very existence, the short-list for the 2015/16 UEFA Best Player in Europe Award has been announced today.

It’s been cobbled together by journalists from all 55 UEFA member associations, who were asked to provide a list of their five best players – the first receiving five points, the second four points, and so on.

The ten players with the most points form the short-list, with a second round of voting scheduled to take place in early August to determine the three finalists, from which an outright winner will be selected by a jury of experts.

However, it’s from 11 downwards that things take a turn for the strange, with Will Grigg (who played precisely zero minutes at Euro 2016) level-pegging on points with Paul Pogba, the man supposedly about to cost somebody £100million.

The rest of the list looked like this, with Grigg and Pogba tied alongside Hugo Lloris, Diego Godin and Giorgio Cheillini way down in 25th place… 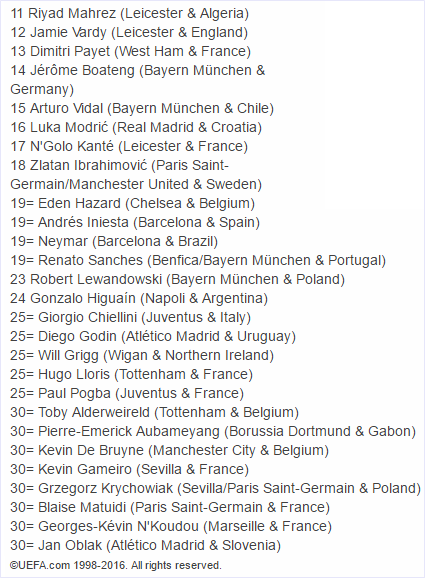 Behold, the power of positive PR.

That said, maybe there’s an argument for Grigg’s inclusion, especially as his contribution to the great football pantheon over the course of the summer is almost certain to outlive us, the world and everything in it.