Just six weeks after announcing his retirement from international football, Lionel Messi has done a great big U-turn and decided to return to action for Argentina. 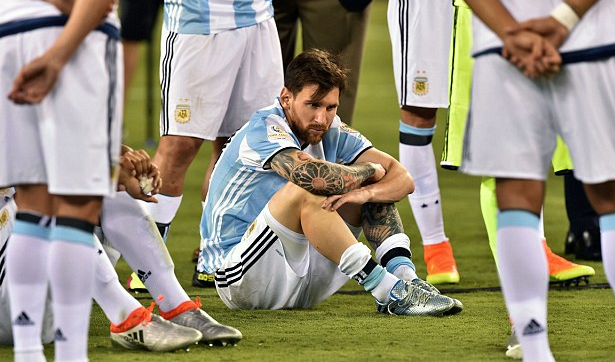 The Barcelona superstar quit the international game after Argentina’s defeat on penalties to Chile in the Copa America, with the attacker once again failing to win a trophy with La Albiceleste.

However, the 29-year-old has now changed his mind, with the Argentinian FA releasing a statement on Friday. In that statement, Messi explained:

I said that there are many problems in Argentine football and I do not intend to create one more. I do not want to cause any damage. I always try and do the opposite and to help in any way I can.

There is a lot to fix in our Argentine football but I prefer to do it from within rather than criticising from the outside.
‘There were many things in my head on the day of the final and I seriously thought about quitting, but I love my country and this shirt too much.

I thank all those people who want me to continue playing with Argentina. Hopefully we can give some joy soon.

Only recently, new Argentina boss Edgardo Bauza hinted at a return to the fold for Messi, but the news that his star-man is available for selection will give the country a huge boost as they eye World Cup 2018 glory.

What a drama queen!