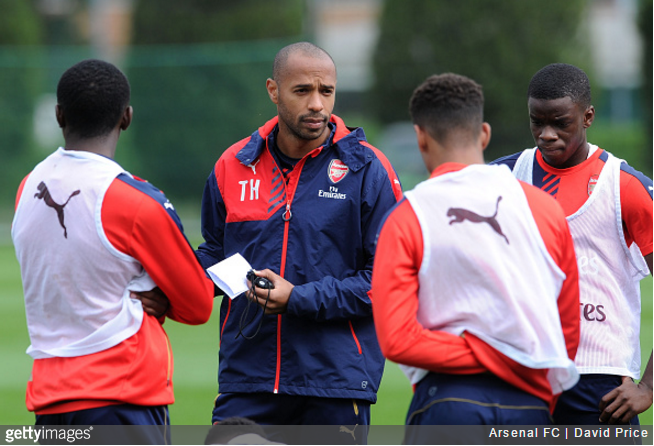 It’s been announced that Thierry Henry is to join the Belgium national team’s coaching staff to work as Roberto Martinez’s assistant.

In a similarly unforeseen appointment, ex-Everton manager Martinez was appointed as Belgium’s new head coach earlier this month after answering an advert posted on the Belgian FA website.

Henry had been coaching Arsenal’s Under-18 side but was forced out of his position in July when Arsene Wenger issued an ultimatum by telling the former striker he could only continue in his role if he agreed to give up his television work.

For reasons unfathomable, Henry refused to give up his ridiculously lucrative £4million-a-year Sky Sports gig and lo, has now been hired as Martinez’s right-hand man.

LIVE | Roberto Martínez: “@ThierryHenry has been in the situation to change the spirit into winning something“ #belesp #cypbel #tousensemble