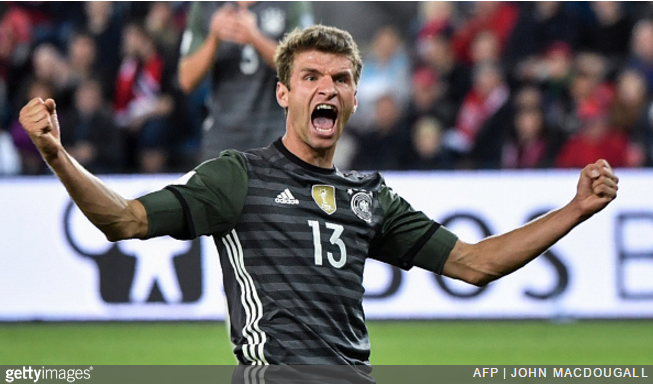 Defending Weltmeisters Germany got their qualification for the 2018 World Cup off to a winning start with a comprehensive 3-0 win over Norway in Oslo on Sunday evening.

Thomas Muller played a starring role in the routine victory, scoring twice and laying on a third for Joshua Kimmich with all the silken finesse and ballet dancer’s poise we’ve come to expect from the Bayern Munich forward – i.e, zilch.

Hasn’t scored with a clean connection in his life, that bloke. Still, it’s difficult to sustain a fluke long enough to score 34 goals in 79 caps.

Personally we’d have gone with ‘newborn foal on a frozen lake’ but, yep, that’s about right.