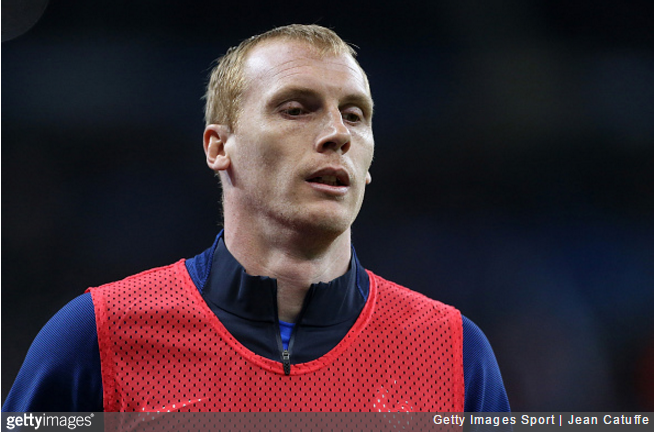 You may be surprised to learn that Barcelona veteran Jeremy Mathieu has only ever amassed five caps for France since making his international debut in 2011.

Indeed, despite his credentials as a perfectly reliable utilitarian defender, the 32-year-old has been largely overlooked by Les Bleus.

Anyway, having played his way back into the reckoning with two impressive appearances for Barca in La Liga in September, Mathieu was called up by Didier Deschamps for France’s upcoming 2018 World Cup qualifiers against Bulgaria and the Netherlands.

However, rather than adding to his meagre cap collection, Mathieu went and hurriedly called time on his international career instead.

According to L’Equipe, after an “exchange” with Deschamps, Mathieu decided to take himself out of the equation in order to make room for a younger player to bed themselves into the squad in good time for the next World Cup.

I’ll be 35 (by the time the tournament starts) so to me it seems straightforward.

I’m not bitter but in my career, I have not had too much luck with Les Bleus.

Deschamps took the decision with good grace and, without fanfare, replaced Mathieu with a man seven years his junior, namely Eliaquim Mangala.

How very selfless of the man. Well played.