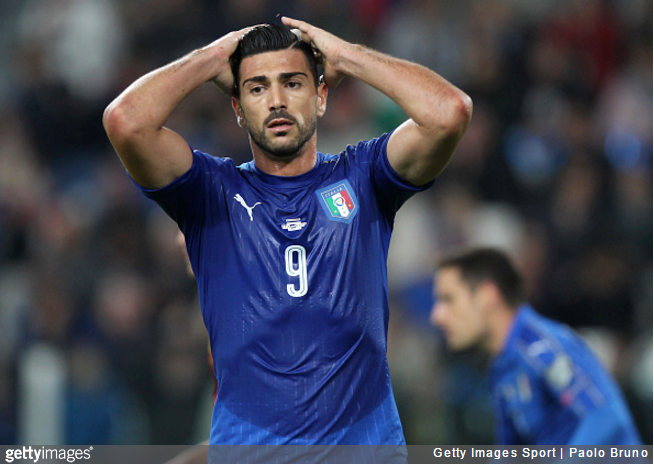 It’s been confirmed that Graziano Pelle has been shunted out of the Italy squad for his refusal to shake coach Giampiero Ventura’s hand.

Pelle was withdrawn on the hour mark during Italy’s drudgerous 1-1 World Cup qualifier against Spain last night, but snubbed Ventura as he sulked his way back to the bench.

The immaculately-coiffed striker apologised for his lapse on Instagram after the game, branding his conduct “unacceptable”.

Unfortunately, I have once again made a mistake.

It was unacceptable behaviour, against the coach in the first place and also to my teammates, who have always shown to have team spirit in a fantastic Italy group that we all belong to.

Like any great mistake, you always suffer the consequences. And it is only right that I take full responsibility.

I must ask from the heart for forgiveness from everyone.

Unfortunately that didn’t stop the Italian FA (FIGC) from confirming that Pelle has now been excluded from the squad for the Azzurri’s second game against Macedonia on Sunday.

If professional football has taught Pies anything over the years, it’s that not shaking hands with a manager is the greatest and most deplorable sin any man could possibly commit.