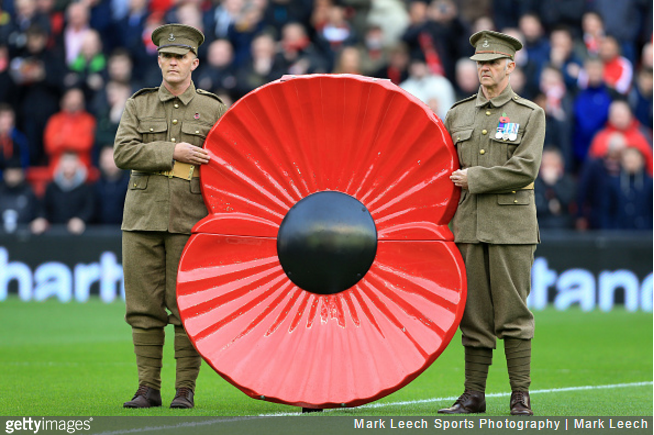 It’s that time of year again. England have an international game scheduled around Armistice Day (11th November) and

As you well know, FIFA have blocked the FA from embroidering poppies onto England’s shirts for next Friday’s World Cup qualifier against Scotland at Wembley in accordance with their law that no country is allowed to alter their registered kit design in order to make an overt political statement.

Both the English and Scottish FAs have since said that they both plan to defy FIFA’s ruling by allowing their players to wear black armbands with poppy emblems on them and to hell with the consequences.

In short: Once again, it’s a total mess.

Thankfully, ex-England defender and noted thinker Danny Mills has been pondering the situation and concocted an infallible solution.

If the players are that insistent on wearing poppies, they should get a temporary tattoo, stick it on the back of their hand and, when the national anthems are played, put your hand on your heart and it’s there for everybody to see.

FIFA cannot stop that. It’s no different than having a normal tattoo.

Thanks for that, Danny. We’ll be in touch.