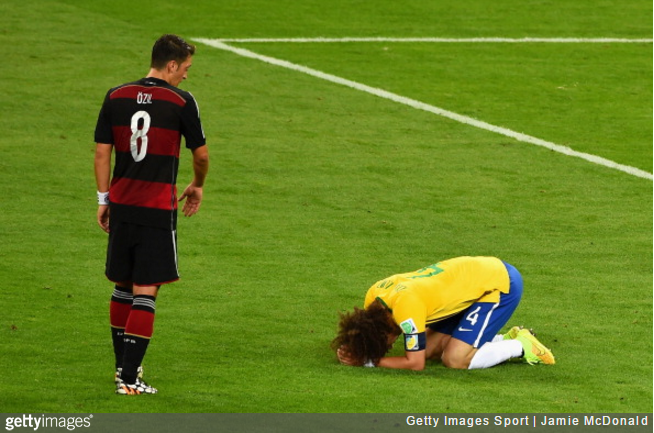 Because he is fundamentally incapable of doing anything bad, Mesut Ozil has revealed that he was an absolute gentleman in the wake of Germany’s brutal massacre of Brazil’s hopes and aspirations at the 2014 World Cup.

As you may well recall, the mighty Mannshaft eviscerated the host nation in a merciless semi-final, sauntering their way to a 7-1 trouncing.

Speaking in a retrospective bit for the official Arsenal Youtube channel, Ozil cast his mind back to that odd, emotional night in Belo Horizonte:

Of course, all the players on the pitch were a little bit surprised. But after 20 minutes, 4-0 you can’t realise what has happened.

If you lose a big game like that in your country and you see the fans crying, the players crying, you feel it with them. So I went to David Luiz and really apologised.

[I told Luiz:] ‘You have a nice country with nice people, and with what we’ve learned here, we’ve had a really good time.’

What a diamond that man truly is.

Incidentally, if that infamous game had never ended and the scoring continued at the same rate, Germany would be winning by 102,480 goals to 13,664 by now.