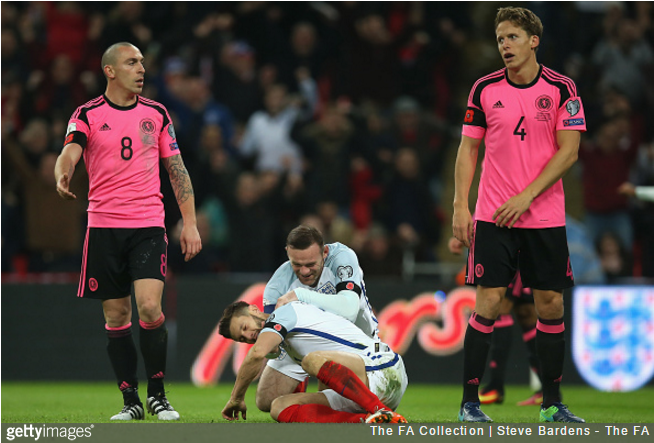 A fair-to-middling performance from England was good enough to earn the win over Scotland at Wembley last night, with the home side coasting to a 3-0 victory while registering just three attempts on goal (all headers) in the space of 90 minutes.

Scotland mustered 12 shots (two on target) but were flaccid for the most part, with the dreary defeat leaving them second bottom, six points behind leaders England, in World Cup Qualifying group F with four games played.

In the wake of the game, it was left to the Daily Record to sum up the mood of a nation and the Scottish paper did do by publishing a sombre blacked-out back paper in their Sunday edition, eschewing any photos from the match in favour of a particularly glum assessment… 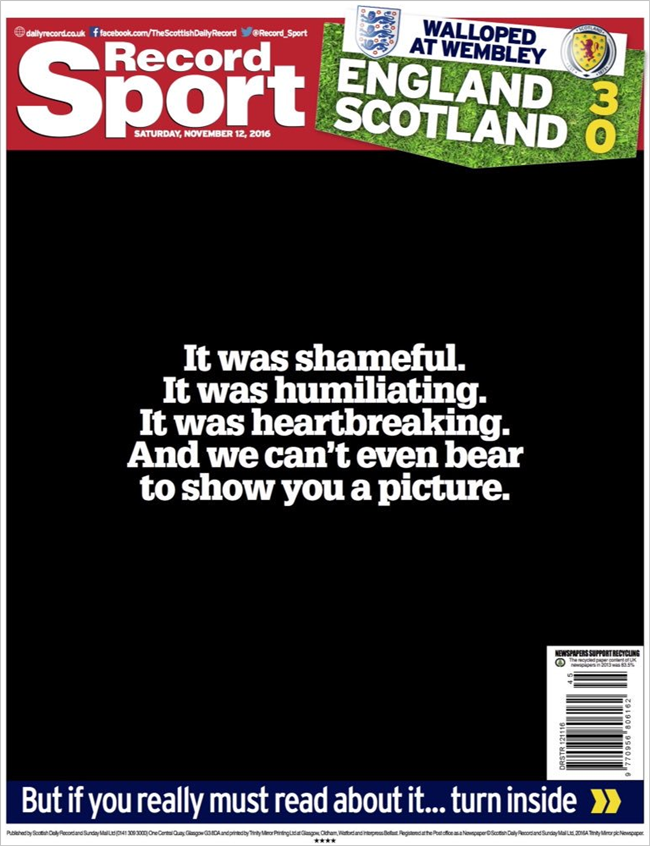 Christ. Was it really *that* bad?