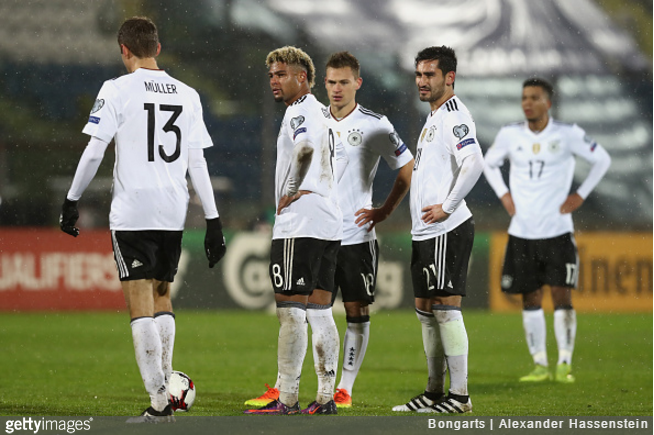 San Marino have fired a return volley at Thomas Muller after the Germany forward questioned the relevance of having to play against them after Friday’s World Cup qualifier between the two sides.

As was inevitable, the World champions walloped their hosts 8-0, leading Muller to complain that “matches like [this one] have nothing to do with professional football.”

Thankfully, San Marino’s press officer Alan Gasperoni wasn’t about to take that slight lying down and set to work cobbling together a 10-point, itemised list of reasons for Muller to care about playing international football against other, perfectly legitimate international teams.

Here’s the full translation (via The Mirror):

You’re right. The games like that on a Friday night, they’re nothing. To you.

On the other hand, dear Thomas, you do not need to come to San Marino for almost nothing in a weekend in which, without the Bundesliga, you could have spent with your wife on the sofa of you luxury villa or, who knows, you could have taken part in some events organised by your sponsors to bank several thousand euros.

I believe you, but allow me to give 10 good reasons for which I think the San Marino-Germany match was very useful and if only you could could think about it and let me know what you think:

The first game may have been a one-sided drubbing, but the second leg definitely finished 1-0 to San Marino.