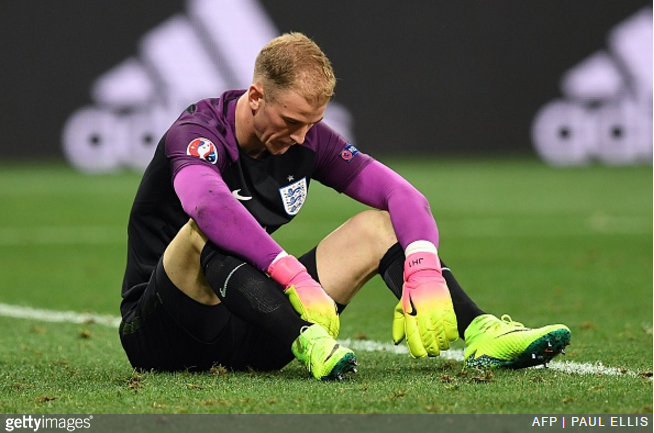 Joe Hart has admitted that his shortcomings at Euro 2016 were probably a result of being overly excited about the whole thing.

Despite all the pre-match tunnel bluster, the patriotic chest thumping and the national anthem bellowing, Hart dropped a couple of clangers as Roy Hodgson’s dreary rabble went plummeting out in the group stages.

Having gone away and – in his words – “reassessed the way he channels his passion” since then, the England No.1 has come to the conclusion that his pent-up gusto only hampered his performances out in France.

Speaking to the Guardian, Hart said:

I’m always trying to learn and adapt, and obviously the European Championship wasn’t my finest hour.

I needed to have a think and pick apart how I played and what I did, and maybe change a few things speaking to the people who count. Seeking advice. Even with Gareth, we spoke about it.

I’ve got a lot of energy, a lot of passion. Questionably, it could have been too much.

But there are ways of channelling that. I’m constantly changing and evolving, trying to be the best I can be, and learning from things that didn’t go too well is definitely a way of doing that.

There’s nothing wrong with [being] positive. Being passionate and proud of your country is definitely a positive. But there are just different ways of channelling it.

I’ve looked into that, and hopefully it will help.

Of course, there’s nothing wrong about being stirred by playing for your country, but when it comes at the expense of judgement, method and expertise.

It’s like Chris Waddle once so accurately surmised: There is more than one way to give 100 percent.