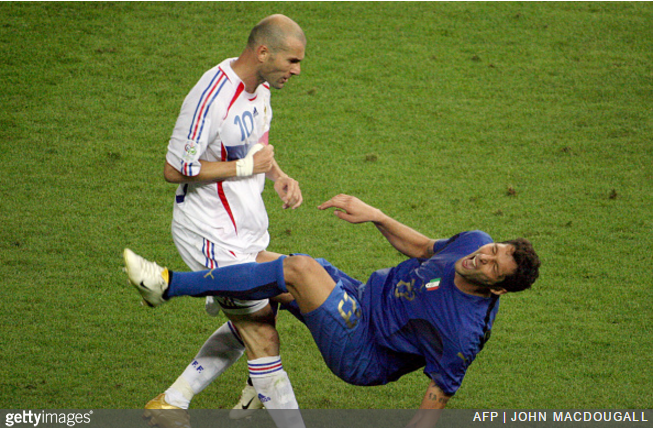 You’ve got to hand it to Marco Materazzi, for it would appear that he’s made it his life’s work to pester Zinedine Zidane for the rest of eternity.

Of course, it all began in the 2006 World Cup Final when, in exchange for chuntering miscellaneous slurs about Zidane’s immediate family, Materazzi ended his evening with a heavily bruised breast bone.

Unfortunately for Zizou, the Italian centre-half also ended it with a World Cup winner’s medal to his name, thus unfortunately affording him license to harass his French nemesis until kingdom come.

And so, on the 10th anniversary (give or take a few months) of that infamous night in Berlin, Materazzi posted a photo of his collection of souvenirs on Instagram, complete with a back-lit print of Zidane’s chest-butt and a bevvy of “crying with laughter” emojis…

And so it goes on, and on, and on; the most tiresome, one-sided slanging match in football.