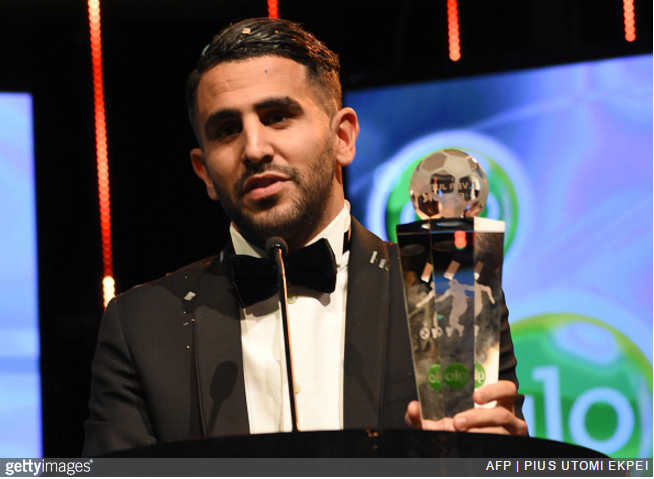 The leading lights of African football flocked to Nigeria on Thursday evening for the 2016 CAF Awards bash in Abuja.

Speaking on the podium, Mahrez (who also won the BBC’s African Player of the Year award for 2016) told the audience:

It’s never easy to win a big award like that.

I’m very happy to win because obviously it was against two big players.

What happened last season was amazing, we knew it wasn’t going to happen again – and it won’t happen again I think, for a small team like Leicester.

A cursory glance at the 2016-17 Premier League table confirms as much.

As well as washing up in the runner-up spot, it proved to be torrid old night for Aubameyang.

That moment when you just arrive for the ceremony of african player of the year and they lost our baggage!! so that’s how we dress tonight 😆😂😂🙌🏽thanks Lufthansa 👍🏽#Abuja #nigeria #africanplayeroftheyear #glocaf #aubameyang #whataday #cantbelieveit

Congrats to you @riyadmahrez26.7 🙌🏽See you for this africa Cup 😜

Thankfully, Auba chose a demure, understated ‘matching rhinestone t-shirt and hat’ ensemble for the journey, so he still managed to blend in effortlessly.