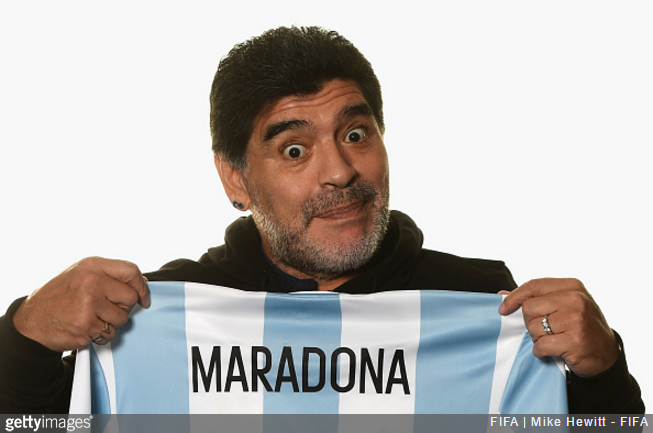 As unlikely at it may seem, it looks like Diego Maradona has been invited to speak at Harvard University.

The Argentinian dumpling shared a letter he received from Mariano Siskind, department chair and professor of ‘romance languages and literature’ at Harvard.

In the letter, Professor Siskind asks Maradona to lecture students at a class called ‘The Global Game: Soccer, Politics and Popular Culture’…

The letter in full:

We would like to invite you to give a talk at Harvard University in the context of the course “ROM-STD 109: The Global Game. Soccer, Politics and Popular Culture”, which is being offered during the Spring semester of 2017.

Your presence at Harvard would constitute a formidable opportunity for our students and for the entire academic community to learn about the life and feats of the best player in history, and will serve as the most perfect supplement to our lectures on the history, sociology and aesthetics of soccer.

We hope to be able to arrange a date for your visit between mid-February and late April, but we are open to considering other dates if you are busy over the next three months.

We look forward to your visit, and if you need any additional information or documentation, please do not hesitate to let us know.

Given Maradona’s Facebook response – “It would be nice to go to Harvard” – it certainly looks like he’s up for it.

Of course, this wouldn’t be the first time that El Diego gave a speech at an illustrious learning institution, having also addressed the Oxford Union back in 1995…

Yep. We don’t quite believe it ever happened either.