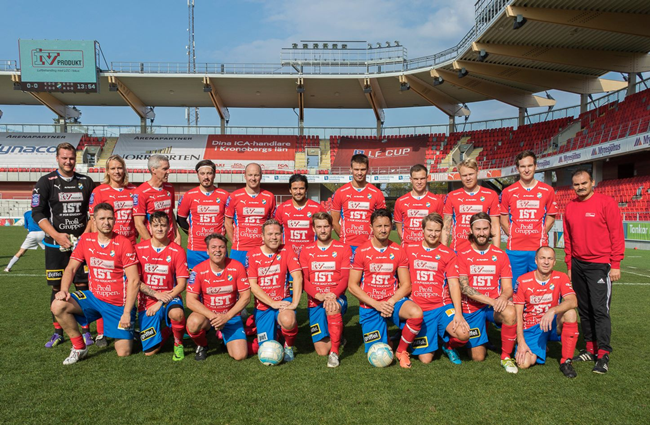 Swedish side Osters IF have had it up to *here* with diving and play-acting and, as such, are taking matters into their own hands.

The second-tier club are launching a zero-tolerance initiative that will see them happily punish their own players if they should partake in any footballing skullduggery.

Osters executives Mathias Concha, Johan Lindberg and Peter Wibran are the men behind the new decree, which they hope will usher in a new era of honesty and sporting integrity.

And if the players still do it? It is written in black and white on the club’s official code of conduct. The club will punish their own players, fine them or even suspend them.

As part of the article, Lindberg explained the purpose for his staunch anti-diving stance to the Swedish newspaper:

We want to make a difference, and are therefore ready to act against our players and leaders. We believe that we as an association can be influential, and that our work will also put pressure on other clubs to take a similar position.

I do not want this virus in my squad. If a player is doing things like this, it does not matter if he is good – I do not want him.

Asked if a previous track record of diving and simulation would effect whether or not Osters would sign a player, Lindberg replied:

Yes. I’d explain (to the player) how we want them to be, what we expect from a player in the starting eleven, and that we do not tolerate certain things.

Not that we’re overly confident, but here’s hoping this proves to be the death knell for divers, screamers, cowards, cheats and ‘contact emphasisers’ the world over.