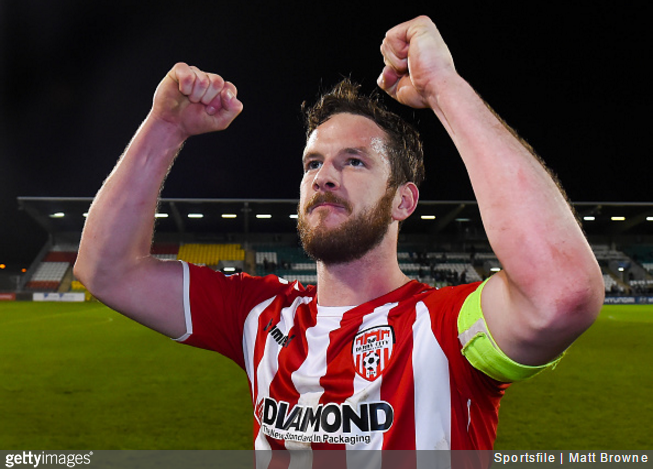 Derry City are a club in shock this morning after their captain Ryan McBride passed away suddenly on Sunday at the heart-breakingly young age of just 27.

The League of Ireland Premier Division side said they were “devastated” to confirm that McBride died the day after leading his team to a 4-0 win over Drogheda United.

The reason for his death is still unclear, though it’s being reported that he was found unresponsive at home.

McBride was a properly tough centre-half, an inspirational leader and, by all accounts, one of the most decent, down-to-earth blokes you could ever hope to meet.

Indeed, the defender only signed his first professional contract at the age of 22 having slogged his way up through the amateur leagues.

Here’s his magnum opus: a Herculean double slide tackle against Cork City a couple of years ago…

That unreal tackle by McBride. So, so sad https://t.co/bLPWNKAzwi

May he rest in peace.