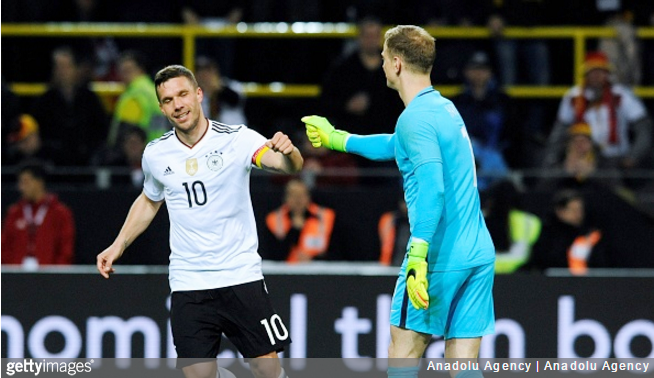 Lukas Podolski brought a formal end to his international career last night in what panned out like a scripted evening of light entertainment.

Indeed, the 31-year-old signed off by scoring the only goal in a 1-0 win over England – an absolute cannon from 25 yards that left Joe Hart with no chance.

Amusingly, it’s since been revealed that Hart commended Podolski on his finish after the match, in rather blunt fashion…

“He said: ‘It was a fucking brilliant shot!.”

Lukas Podolski on what Joe Hart said to him after his goal. pic.twitter.com/4d2CwdNdYN

To be fair, it was a f**king brilliant shot. Can’t really argue there.

As for Podolski, the ex-Arsenal forward certainly milked his grand send-off for all it was worth, spending an age milling around Signal Iduna Park after the final whistle saying his goodbyes to all and sundry…

Lukas Podolski still walking around in full kit just over three hours after the game. Think he quite enjoyed tonight. pic.twitter.com/0yiHjiT3TZ

And so on to Japan, with Podolski having agreed a deal to join J-League side Vissel Kobe from Galatasaray at the end of the current season.

Thankfully, the man’s already well-versed in the subtleties of Japanese culture… 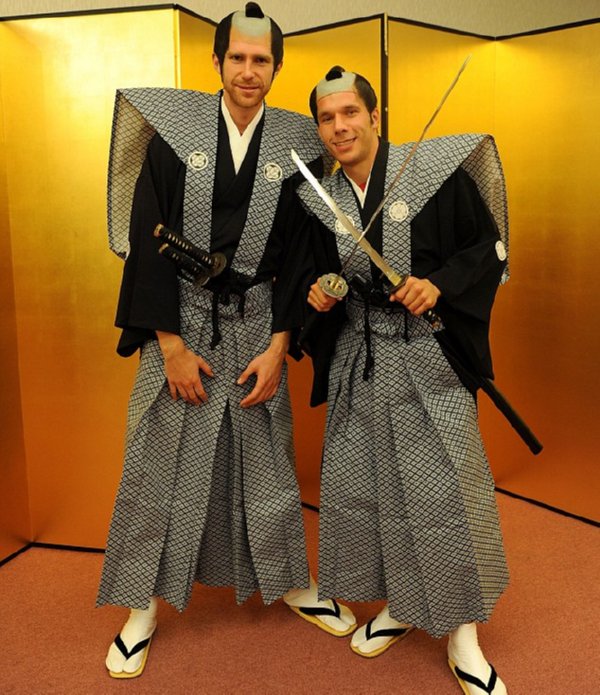 He’ll have no trouble settling in.